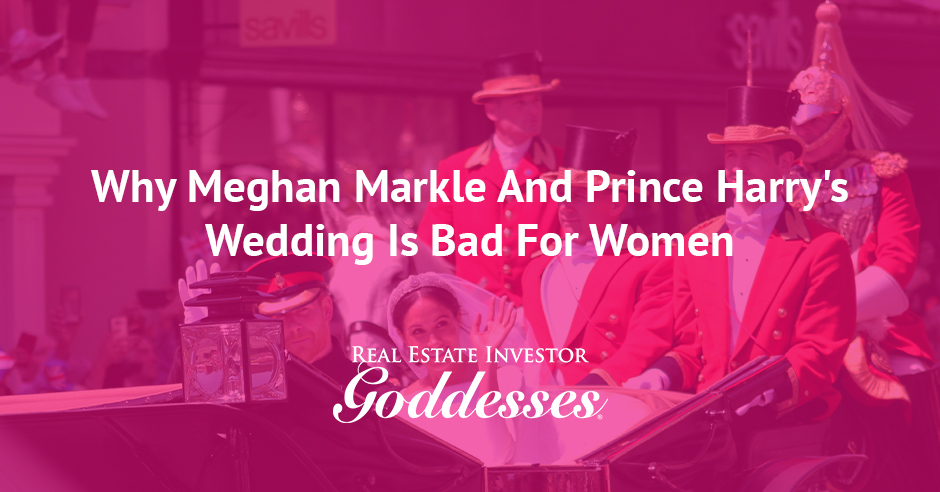 Of course, you have watched the royal wedding between Meghan Markle and Prince Harry. Why wouldn’t you? It’s every woman’s dream come true, right? Monick Hall says otherwise. In this episode, she explains how the royal wedding feeds into the Disney princess narrative that pushes women into dependence on a mythical Prince Charming. She berates how this narrative rings true in the real world, with the enormous gender wealth gap women have to live with. She encourages women to stop being financial damsels in distress and start to take steps towards financial independence, build their own wealth and take control of their own destiny.

Listen to the podcast here:

Normally I interview badass women and real estate investors, but this is just me. I’m going to talk about something that happened, the wedding of Meghan Markle and Prince Harry, the new Duke and Duchess of Sussex, and why it’s bad for women. This is definitely something that is probably going to rouse some people up but hears me out. Don’t get me wrong. I am happy for the new Duke and Duchess of Sussex. Like many of you, I probably woke up early and I watched the wedding. I loved it and I teared up a little bit. I felt a lot of pride as I watched this woman who in many ways reminds me of my daughter. She’s biracial, she acts, she’s a Los Angeles native, and she grew up attending the same church that we do. I loved watching her with such grace and poise and it was beautiful. The couple seems very much in love. I wish them every happiness in the world.

All that being said, this wedding is bad for women because it feeds into the Disney narrative that was all set. That Prince Charming is going to come and sweep you off your feet and take care of you for the rest of your life. Like probably many of you, I was raised on a diet of Snow White, Sleeping Beauty, Cinderella, etc., where the heroine’s job is usually to sit there and hope that the prince comes and wakes her up. She not even seeing it, she’s laying there and she’s asleep. The prince will fight the battle, give her a kiss and wake her up and save her, and they will live happily ever after. This wedding, for many people, it’s their way of saying, “This can happen in real life. A prince can come and marry you.”

A lot of women allow themselves to be financial damsels in distress, just waiting for their prince to come and save them. Click To Tweet

When I was a young girl, I watched Princess Diana marry Charles. I remember thinking, “I too could become a princess. A commoner became a princess.” That’s what’s in my head, all of that nonsense around. It fed that narrative that waits for the prince to come and save you. This fantasy has been extended to those of us who aren’t blind in blue light. You can be of color and the prince will marry you. I’m being a little tongue-in-cheek here. I am happy for them. The fact of the matter is there are a lot of women that have this plan and they don’t expect a prince to come and marry them. Their plan is to marry rich or to win the lottery, which is a little different. It’s also pretty much based on luck. Even if they’re not expecting that they will marry somebody wealthier than them, they still often will let the men in their lives take 100% control of their finances. A lot of women are like these financial damsels in distress, waiting for their prince to come and save them.

I had a friend come over for dinner and she’s a successful attorney. She’s like, “I need to marry rich.” She was saying that. I had another friend who I’ve met in law school. She’s smart, successful, afterward making six-figures with a good salary. Up until the time she got married, her father was paying her bills and investing her money. He did that up until the time she got married and then handed the reigns over to her husband. This is an Ivy League-educated young woman who has never taken care of her own finances. It seems to be working well for her, but God forbid anything happened and she had to take care of it herself. I’m particularly worried about this Prince Charming myth.

I attended this conference here in Los Angeles, The United State of Women conference. At that conference, I attended several panels on the wealth gap. I was disheartened by what I heard. It was upsetting. We often hear about the pay disparity. You probably know that for every $1 that a man makes, a woman makes about $0.77 to that dollar. People get upset about that. In my opinion, what’s far more egregious and insidious is the wealth gap. This has to do with a person’s net worth. In other words, what they own minus what they owe, assets minus liabilities. The net worth of a single white man versus a single white woman, a single white woman only has a net worth of about 50% of a single white man. When we talk about pay, it’s $0.77 to the dollar. Here we’re talking about $0.50 to the dollar. When you look at the net worth of a single black woman or a Latino woman, that net worth is less than $0.01 to the dollar. That’s craziness. 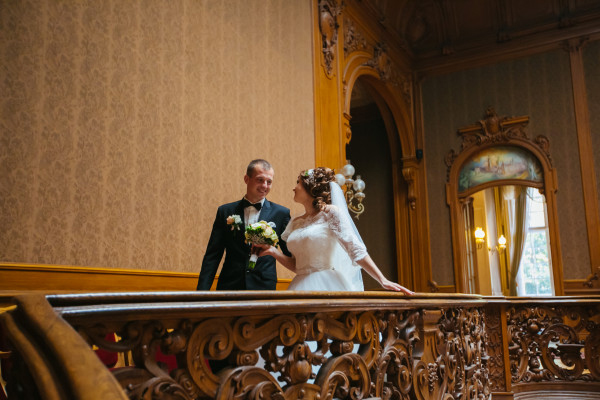 Royal Wedding: The royal wedding feeds into the Disney narrative that Prince Charming is going to sweep you off your feet and take care of you for the rest of your life.

It’s also what makes me passionate about this work that we’re doing here with Real Estate Investor Goddesses because I know that we can get more women owning property, building wealth. This is real wealth where you have passive income, where you have income streams that give you freedom from having to work 9:00 to 5:00. You have a property that is a legacy that you can leave behind, and then you have this property that also helps you save on taxes because that’s the other part of it too. When you can take control of your own financial destiny and you take the rein back, not waiting for Prince Charming to come and save you, you put the stake in the ground and say, “F that, I’m doing this myself.” That’s what we need. That’s why I’m saying that the wedding is bad for women. I’m being slightly tongue-in-cheek, but it’s about that Prince Charming myth.

There’s a wonderful book by Barbara Stanny and the book is called Prince Charming Isn’t Coming: How Women Get Smart About Money. It is about this myth that we have about Prince Charming and that the man will come and save us and how we need to get over it and take care of ourselves. In the book, Barbara Stanny writes, “No matter how it comes to the realization that Prince Charming isn’t coming, no matter how it may hurt, it is this awareness that gets us going and sets us free.” It’s time to get set free.  It’s time for you to take your financial reins in your hands and build your own wealth. Here at Real Estate Investor Goddesses, we’re all about helping you to do that. There’s a wealth builder course that I’m offering and it’s about how you can create wealth through real estate. It’s also a lot about the mindset piece, how you can shift your mindset to be more successful.

You don’t have to be a financial damsel in distress. Take control of your own financial destiny! Click To Tweet

This is me getting on my soapbox about this, and it drives me crazy. It’s also why I don’t watch any of these Disney Princess movies with my daughter, because this is screwing her up. I did watch this wedding. I want you to not have Prince Charming syndrome and to build your own luck. That’s me, Monick Halm. You can find me at www.RealEstateInvestorGoddesses.com, and there you can connect with me. You can find out more about the Wealth Builder Program, look under Programs. You can access our Real Estate Investor Goddesses Investor Club, which will provide you with access to different investment opportunities. You can join our dynamic community with real estate investing women from all over the world. They’re waiting for you. We will be here waiting for you next time with more Real Estate Investor Goddesses interview. 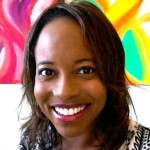 Starting Out And Getting Help With Vanessa Peters, MD

The Real Estate Investing Skills You Need With Andresa Guidelli